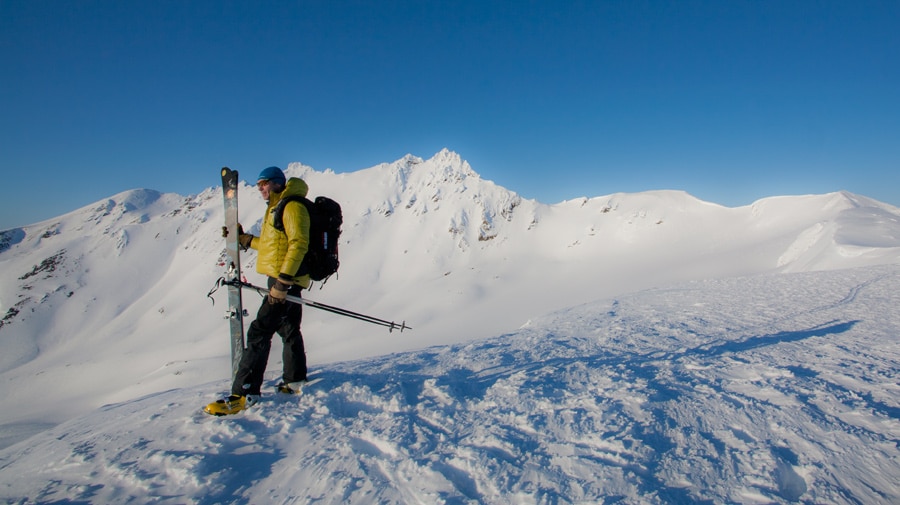 Spring is here,
So far it did not bring new snow or warm temperature, but some nice sunny days, so it was enough to go to Haines Pass for a couple of days. Sun was shining, days are getting longer but temperature did not rise up to -15c during the day and close to -30c during the night with a light wind. Snow pack has been very wind affected since last week. Actually there is less snow than a week ago, the strong wind did a very good job to remove and pack the snow. Not a lot of evidences of new avalanches around. Noticed some wind slabs released, mostly in NW aspects. The snowpack now is formed by a very strong wind crust on top of a facets layer variable in depth and thickness…very hard to very hard slabs on top of a variable facets layers is a concern. The only very good news is that the wind has removed the important surface hoar that we had….it could be possible to find some pockets in very sheltered area but the wind was so strong, probably close to 90km/h.
Ski conditions are not great….sometimes very bad with big sastrugis where it is impossible to make a turn. You need to have a very sharp skier eye if you want to find some decent snow but it is possible. 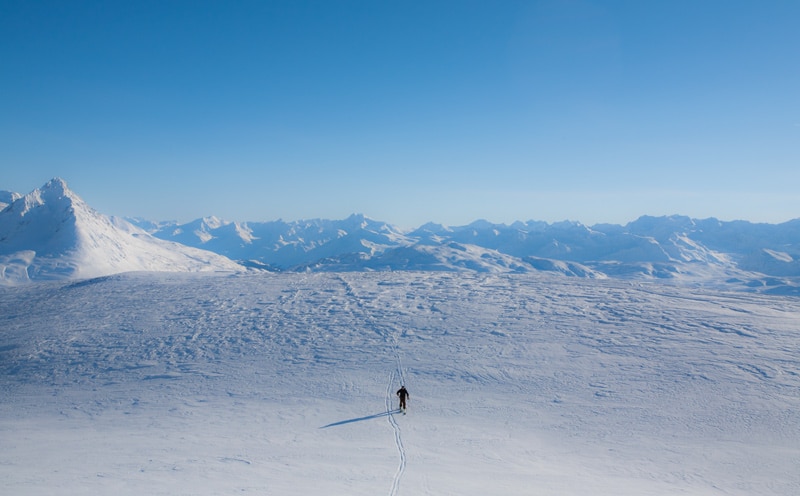 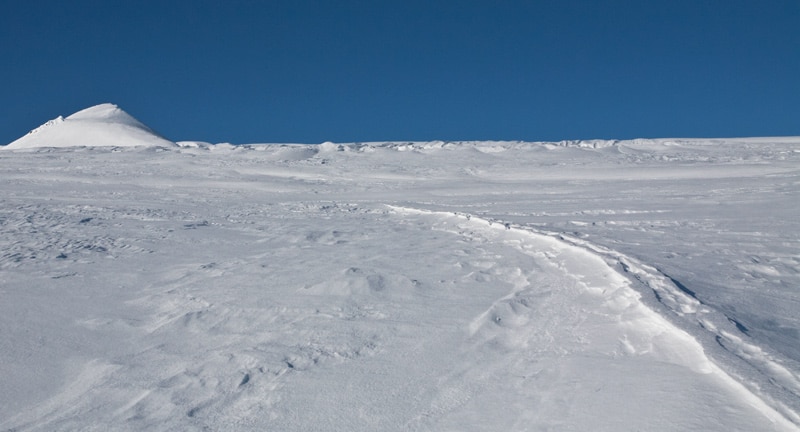 So you said wind affected…a ski track from last week….now standing 10cm on top of the surface….where is the snow ? 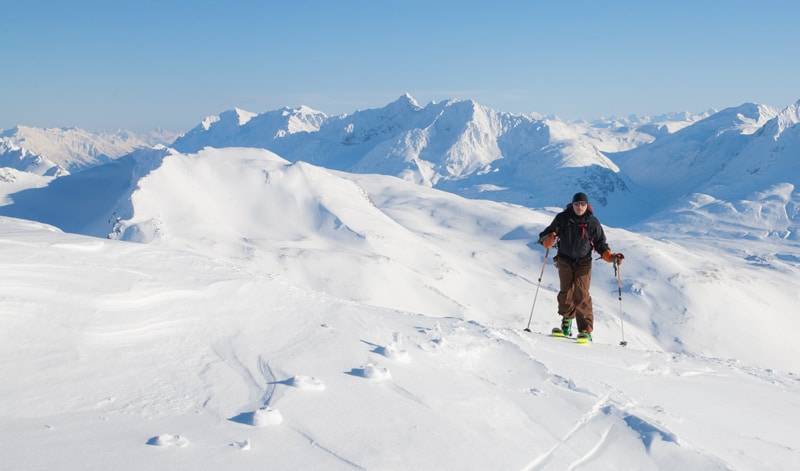 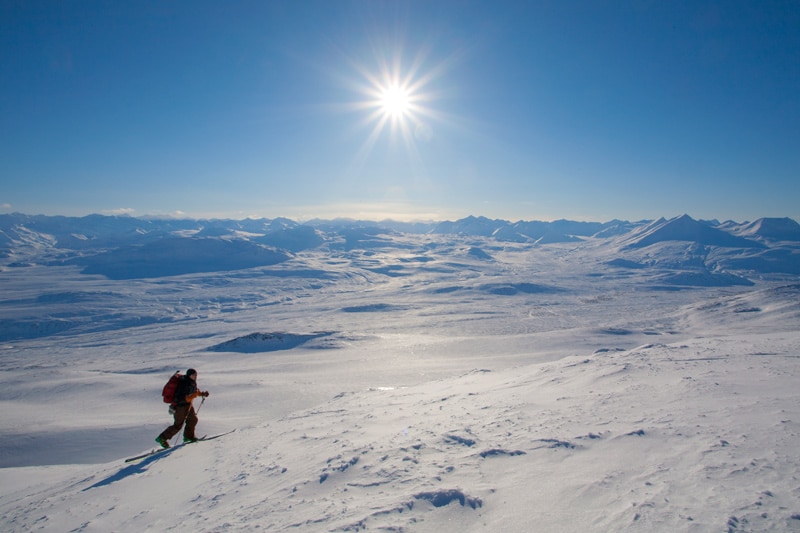 Anyway, it was nice to be out and possible to find some decent snow. 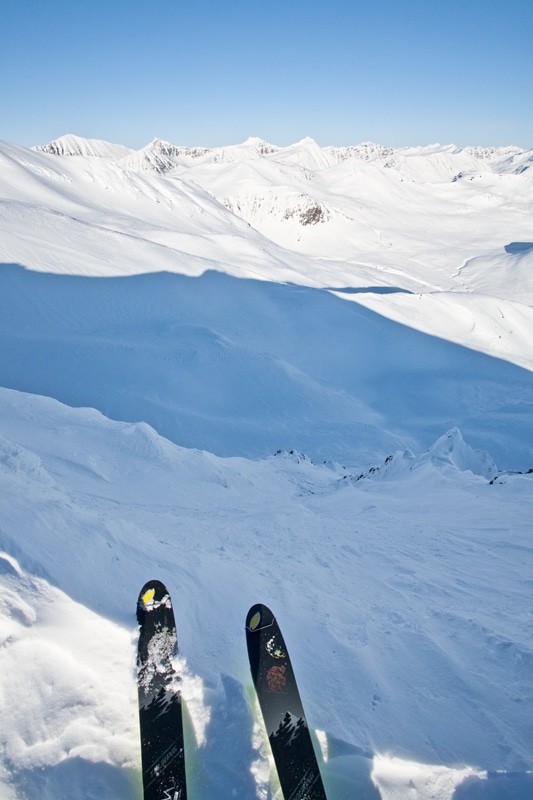