Just on time before some new snow coming in, we went for a couple of turn in Haines Pass area. Weather was mostly good except the wind. It was a bit tricky to find a good location with no wind and good snow. The wind was mostly from the northwest, but in some places from the northeast. The snow was very wind affected, most of the good places for the snow were in North aspect, but it was also a bit difficult to find some stable snowpack.  But we eventually found some good places around Kusawak. Sheltered from the cold wind, we had great time skinning up without gloves and tuque. On the way down, some sheltered gullies gave us the opportunity to make some nice turns in an nice old powder…not very fresh but good enough to make some smooth turns. But it was not good everywhere, in some places the snowpack was very wind affected and the rain crust with ice on the top of the snowpack…not very easy to ski on and something to keep in mind after the current snowfall.

Snow drifted by the wind 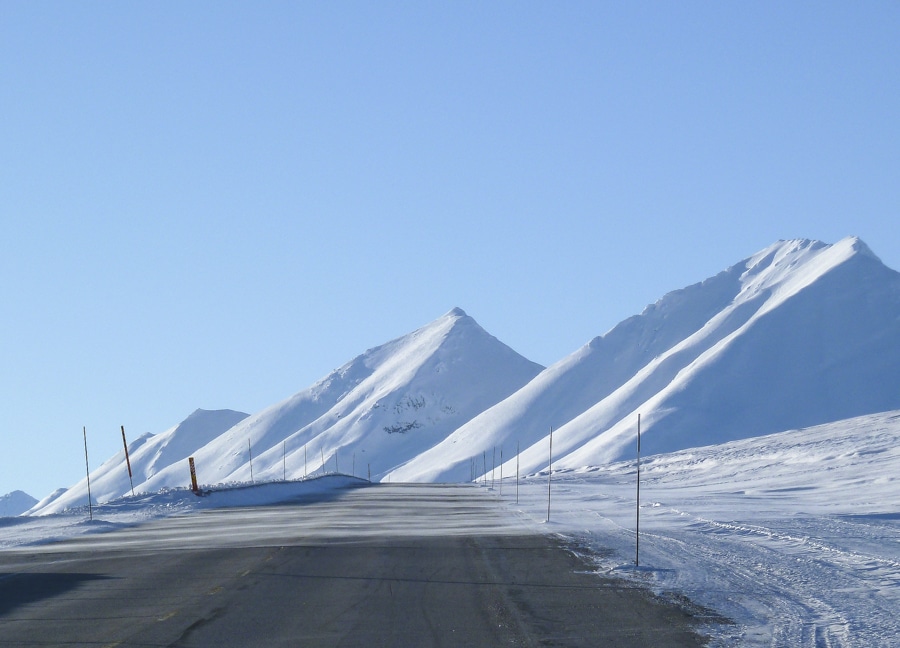 Old tracks, yes it shows that the snowpack has been wind affected. 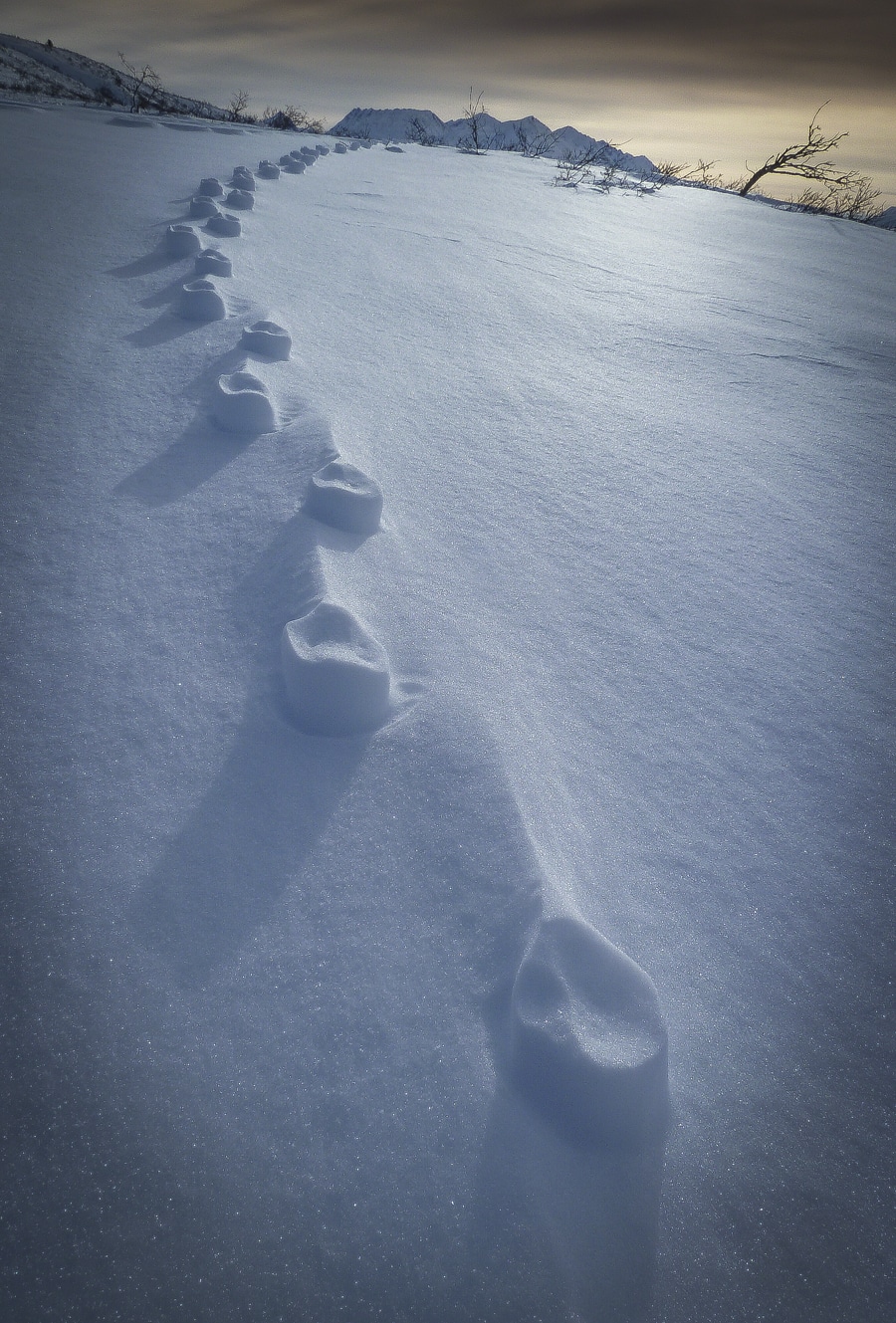 Ice pieces on the top of the snowpack…not great for skiing. 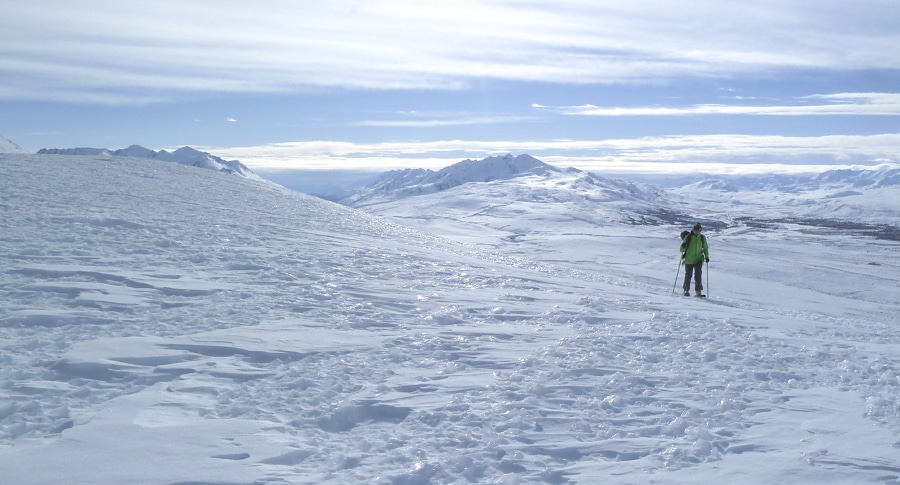 But nice days out with a pure blue sky. 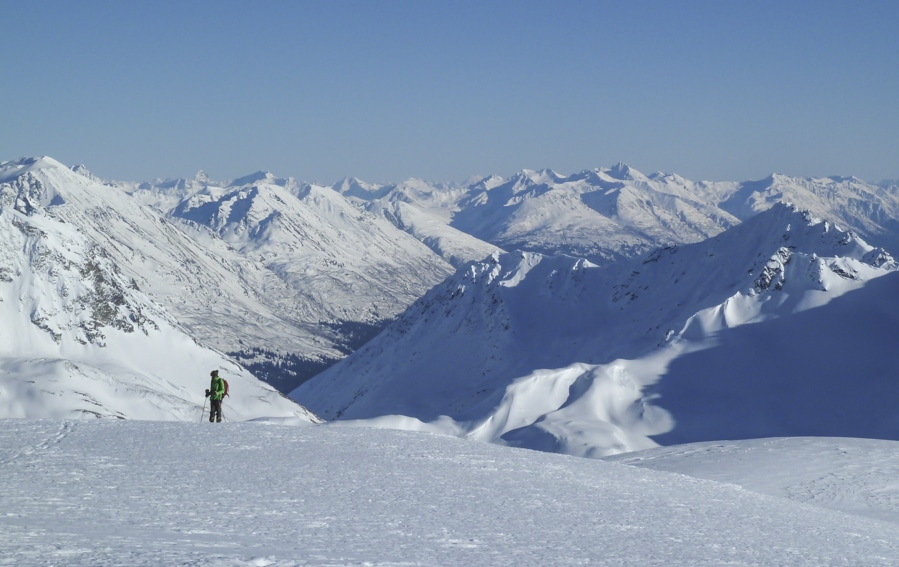 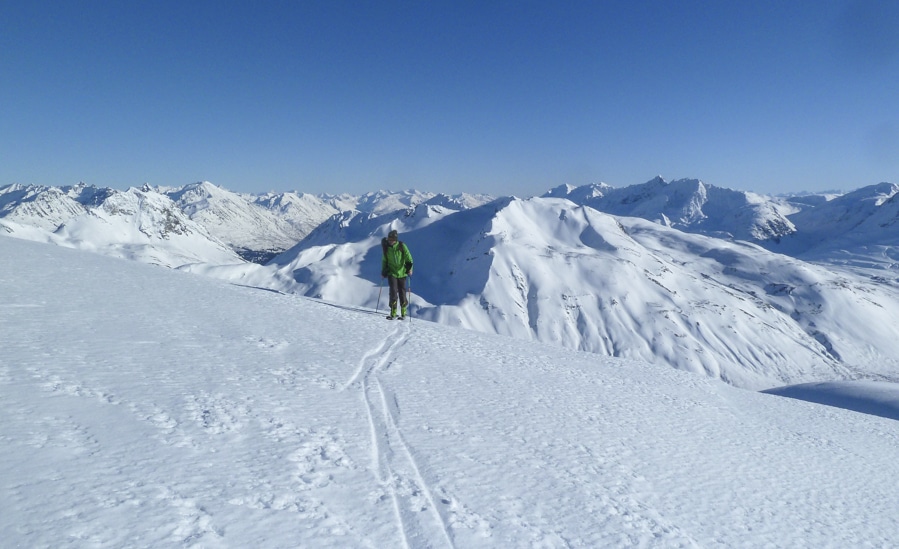 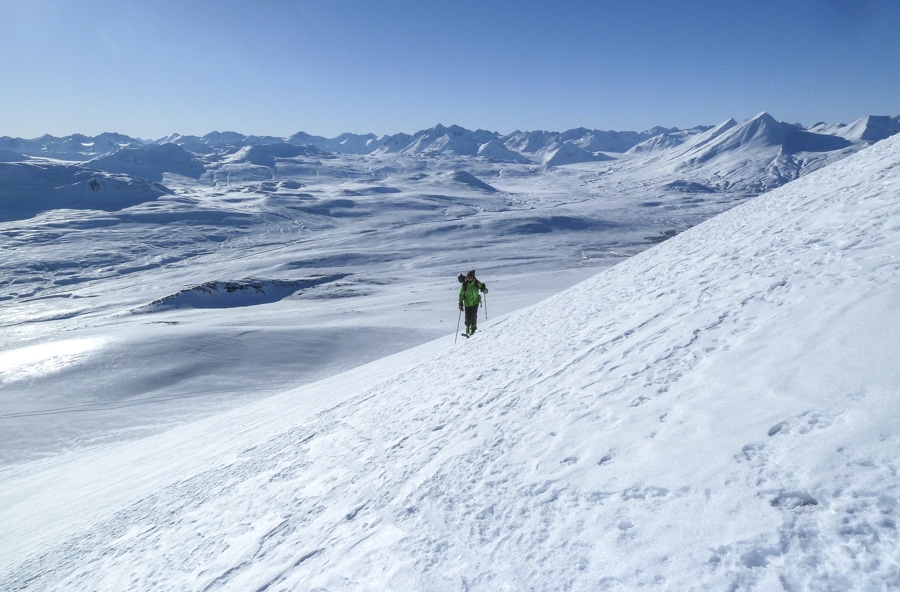 See you soon with fresh snow…yes it is snowing finally.